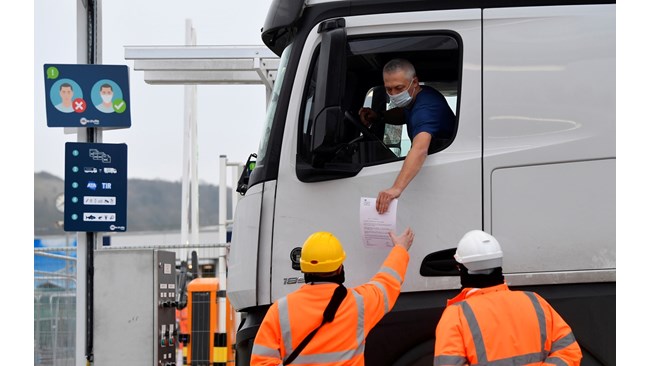 You can import goods for £ 390, anything over that amount is taxed 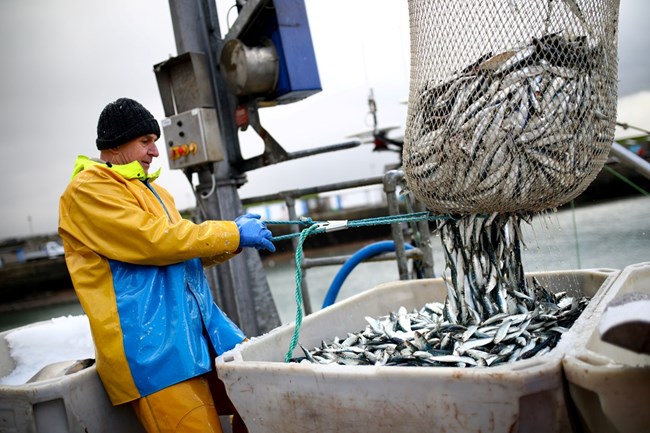 European fishermen will have to reduce their fishing quotas by 25% in British waters over the next 5 years PHOTOS: Reuters

After 47 years of EU membership, Britain became the first country to leave the union. And although a trade agreement was reached at the last minute between London and Brussels, which avoids the imposition of customs duties and chaos at the borders, a number of restrictions stemming from Brexit have already come into force and difficulties are emerging.

The British government has announced that European citizens entering the country will have to follow rules for all other foreigners from January, as it stops recognizing European law on free movement. When traveling to the Island, they will be entitled to carry goods for personal use worth up to £ 390, or £ 845, and if they are on a personal plane or boat – up to £ 270. If they travel with more expensive new things, it will be necessary

to declare them and yes

pay duty and VAT on

their whole price, not only

Special attention is paid to the amount of cigarettes and alcohol that can be carried in luggage, which are significantly less than the excise goods allowed for personal use in the EU. Therefore, travelers to the United Kingdom should know that they can only import 200, not 800 cigarettes, as was the case until January, and 4 pounds of alcohol instead of the allowed 10 in European countries. The restrictions imposed by London are not surprising, as British authorities have been trying for years to tackle the illegal import of tobacco products and high-grade alcohol. On the Island, they are significantly more expensive and there is a secondary illegal market, with Eastern Europeans being the most active. Bulgarians are no exception, there are even special groups on social networks that are designed specifically for the sale of cigarettes and brandy. In recent days, however, ads in them are declining and prices are rising.

Compatriots complained that as early as January 2, there were intensified inspections at Heathrow Airport and those who carried larger quantities of cigarettes than allowed were detained for a thorough inspection. They are offered to declare them and pay taxes and fees or confiscate them. They have been warned that in case of repeated violation they will face a serious fine.

The apparent calm of the early hours of Brexit in English ports is also beginning to fade. The British Minister of Transport Grant Shaps announced that

over the weekend are created

in the county of Kent. Their goal is to take the expected higher traffic on weekdays through the tunnel and ferry lines connecting the Island with Europe. Construction has also begun on a new customs fleet for more than 1,200 trucks with more than 4-meter fences, which angered Dover residents. They fear that the battle scenes of long queues of trucks around Christmas, which they witnessed when the border was closed due to the coronavirus, will become a daily occurrence in the area. The reason is that drivers have to present a number of new documents and a negative test for coronavirus when traveling to the EU, which must be checked by the British border authorities.

Many of the transport

companies have decided not to

work in the first

week of the year

including the Bulgarians, who provide regular courier services between our country and England. The reason is that they do not want to risk their trucks being blocked for days at the borders.

“We just don’t know what the situation will be and we are afraid of being affected by traffic jams in Kent. We told the government during the Brexit talks that if it introduced cross-border documents that we had not seen since 1991, there would be long delays, but our warning was ignored, “Mike Ponsonby, the owner of a large English transport company founded by his grandfather. That’s why the company has refused to make two deliveries of refrigeration equipment to Paris this week, which will cost it a four-figure sum.

The British government is urging travelers to and from the UK to familiarize themselves with the new requirements. Its website already has information in Bulgarian about the necessary documents for transport of goods and British visas for work and study.

The EU ceded the cod to the British

The biggest problems facing Brexit were the borders with Ireland and the catch of cod. Gadus morhea is an important part of the industrial diet. It is the main ingredient in all forms of semi-finished seafood – frozen sticks, so-called crab rolls, friokadelk and any other semi-finished food. It grows in the temperate waters of the Atlantic, ie relatively close to the British Isles, and because cod is used to make so-called fish chips – fried fish fillets with french fries – a dish recognized as British national food, Brexit ideologues turned the catch into cod. a problem more important than the borders of Ireland. The free movement to and from Eyre is due to peace with the Irish Republican Army after decades of terror.

The cod fishing waters in question are as close to the UK as they are to the European Union, but European fishermen will still have to reduce their catch quotas by 25% over the next five years. Although it is a small part of the economy on both sides of the English Channel, the issue has had great political weight throughout Britain’s 47-year period of European membership. Therefore, it became a major dispute during the negotiations for a trade agreement, even stopping them several times, mainly because of France and Spain.

According to the agreement, only 25% of the quota of European fishermen in British waters will be transferred to the UK fishing fleet over the next 5 years. This is considered a compromise so that EU fishermen can get used to the new rules. In the first year, they must reduce their catches by 15% and by 2.5 percent in the next four. Thus, by 2026, British fishermen are expected to have access to additional quantities amounting to 145 million pounds per year. For comparison, in 2019 they caught 502 tons of fish in British waters for 850 million pounds.

The document also describes how each type of fish will be shared between the United Kingdom and the EU during the transitional 5-year period. The quotas of British fishermen will be increased by 57 out of a total of 90 fish species, but those for some popular species such as cod will be maintained. This allays Paris’ fears that French fishermen will lose much of their livelihood. They catch over 90% of the cod in British waters. After 2026, annual negotiations will be held on the quantities that European fishermen can count on.

There is no expectation of a shortage in Bulgaria, as our country relies mainly on Turkey and Greece for imports of chilled fish. In frozen fish, including cod such as hake or hake, the largest quantities come from Argentina and China, and in canned fish – from Lithuania.

What and how much can be imported

– 9 liters of fortified wines with over 22% alcohol

Each of the categories can be combined with another, but with half of the allowed amount. Children under the age of 17 are not allowed any cigarettes or alcohol and the quota cannot be given to another person.