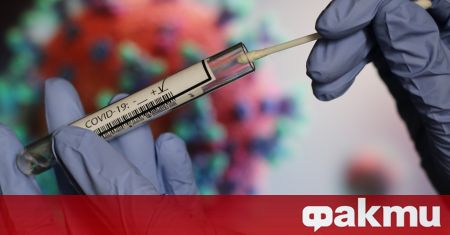 FACTS publishes opinions with a wide range of perspectives to encourage constructive debate.

It would have been best if they had transported the first shipment of vaccines against COVID-19 to Bulgaria in the “jeep” of Prime Minister Boyko Borissov. After all, doesn’t it matter where the vaccines will be placed, placed in boxes with dry ice, guaranteeing the required transfer temperature? Obviously, it can be any vehicle, after the state-owned company BulBio, which imports them, deviated from the requirements of the Law on Medicinal Products in Human Medicine, choosing a minibus for sausages for the first delivery of vaccines.

To top it off, the car of the private company Bella Bulgaria was also branded with an advertisement for one of its products – the Leki sausages. The tragicomedy continued with the placement of Pfizer-BioNTech vaccines in a 40-year-old Soviet refrigerator ZIL in RHI-Plovdiv. The argument – it had a handle and could be locked with … a padlock, although the requirement is to be in a freezer at minus 70 degrees, where they can be stored for up to 6 months after delivery.

In Greece, for comparison, the first shipment of vaccines came in a special refrigerated van escorted by six police cars. The transport is provided by the Polish private company SL Express, offering express refrigerated and pharmaceutical transport throughout Europe and part of Asia. Its Mercedes-Benz vehicles are equipped with refrigerated boxes that allow the temperature to be monitored at any time during the journey.

In addition to provoking a wave of ridicule and witty comments, the logistics for the first delivery showed at least two problems, and communication was the first of them. Of course, the journalists asked for a comment from the Minister of Health Prof. Kostadin Angelov about the transport by sausage bus, and he tried to shift the angle. “For me, the search for an emphasis in this direction is not acceptable, because Bulgaria is not the only country where it helps to transport, in the USA there is a special transport, cannabis and private companies with private logs.” and ice cream.

Since the days of socialism, some of the cheapest sausages, such as sausages, have been the subject of jokes about their contents – veins, clippings, too much bacon, nitrites, and some have joked that they also put toilet paper. Even today, despite the advertisements and the content described on the packaging, sausages have a bad reputation as a low-quality product. The decision to arrive the first shipment of vaccines by bus, branded with a brand of sausages, certainly went through enough responsible employees in the press centers and media teams. None of these “brains” have a red light that this is the worst possible advertisement for vaccines. If it wasn’t stupid, it would look like a sabotage.

How to guarantee the temperature

Over the weekend, reports emerged that several cities in the German state of Bavaria had delayed vaccinations due to suspicions of a broken temperature chain in the delivery of vaccines to Pfizer-BioNTech. Concerns arose after reading the data from the refrigerated boxes in which the vaccines were stored.

According to the explanations of the Bulgarian Minister of Health, the minibus for delivery of sausages was used because of the thermograph, which allowed to monitor the temperature regime all the way. Obviously, Prof. Angelov has no fears that the temperature in the vehicle may be violated. Bella Bulgaria also announced in a statement to the media that their buses are equipped with “the most modern refrigeration equipment”. In a comment on the topic from “Capital” they point out that in order to get to the minibus for sausages, it means that the state company (BulBio, b.a.) did not have a specialized refrigerator car, which calls into question exactly how it transports its own its products and what is written in its license for a wholesaler of medicinal products ”.

Neither the supply of vaccines against COVID-19 is a simple logistics for the supply of drugs, nor the process of vaccination – the usual prevention of influenza. The vaccines are provided through an EU procurement scheme, and the vaccination process will show whether the Community is capable of strong enough coordination and unity given the criticism at the start of the pandemic. At the time, each country struggled on a separate track to provide as many masks and protective clothing as possible for its medics and population. Vaccine delivery and storage is also quite different from traditional supply infrastructure.

Switzerland and seven EU countries – Germany, France, Italy, Spain, the Netherlands, Belgium and Luxembourg – have already agreed to coordinate their vaccination strategies. The aim is also to facilitate the exchange of information for cross-border workers.

The Bulgarian rulers do not show much enthusiasm. The lack of a targeted campaign contributes to raising the already high levels of hesitation about vaccination in the country. Unlike Greece, whose health minister announced the goal – to vaccinate all Greeks over the age of 18 – over 2.5 million a month, Bulgaria has no such ambitions. Only the Minister of Health and prominent medics from Sofia, Plovdiv and Burgas are publicly vaccinated by the government and the political class in front of the cameras. A possible argument is that according to the national plan, doctors and nurses are vaccinated in the first phase. Elsewhere, however, regardless of the plan, the government set a personal example. In neighboring Greece, the prime minister, the president and the speaker of parliament were vaccinated in one day.

Lack of a clear awareness campaign

Despite the television footage and phrases such as “we already have a weapon against the virus”, there is no clear and transparent campaign in Bulgaria about the need for vaccines, as recommended by the European Commission. Fluctuations and doubts about their safety – due to the short period of development and testing, are shared by many people outside of traditional anti-vaccines. With well-targeted communication, fears can be dispelled and therefore the spread of the pandemic can be controlled.

Will there be a national register of vaccinated is another topic that the Bulgarian government does not talk about – despite the frequent speculation that vaccination against COVID-19 may become a “passport” for travel. The upcoming parliamentary elections and the election campaign in the middle of the vaccination process will only worsen the situation – both with the provision of vaccines and their implementation. Another challenge for health authorities is to ensure effective monitoring so that the second dose of the vaccine is not missed.

The success or failure of vaccination against COVID-19 in Bulgaria is not an isolated action, but part of the EU’s coordinated response to the pandemic that caused the global crisis. The sausage van is the Bulgarian metaphor for efforts.