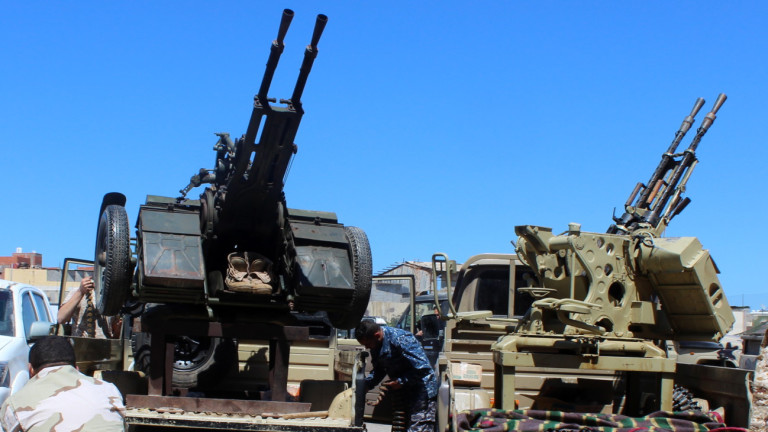 There is no hope of a ceasefire in Libya, despite the agreement reached. On the contrary, Russia and Turkey are using this time to their advantage, while the West is busy fighting the pandemic, the German newspaper Frankfurter Allgemeine Zeitung commented.

At the end of the year in Libya, after nearly a decade of civil war, hope and pessimism were mixed.

The visit comes after Haftar’s threats

Last Friday the warring parties respected an important part of the permanent ceasefire agreement, signed two months ago, and exchanged prisoners for the first time. However, foreign actors, Russia and Turkey, are using the ceasefire to increase their influence.

Thus, there are growing fears in Libya that it may be torn apart after Sudan.

Turkey extends its mission in Libya by 18 months

The truce there is important, but fragile, according to ruling party lawmakers

Turkey supports the government in Tripoli in western Libya, Russia – Rebel General Khalifa Haftar in Benghazi to the east.

Parliament in Ankara has extended the mandate of its contingent, which was first approved in December 2019, by 18 months. At the same time, Russia is stepping up its military presence to control the north-south axis in the center of the country, stretching from the port city of Sirte to the air base at Al Jufra, where Russian fighter jets are located.

Nikolai Mladenov has resigned as UN special envoy to Libya

As Russia and the United Arab Emirates develop their bases in the vicinity of Al Jufra, Turkish-backed government forces in Tripoli must move to the front from Sirte to the south.

With the expansion of the Turkish and Russian presence, the conflict can ignite at any time, commented the International Crisis Group.

Readiness for dialogue in Libya

For a long time, the country has had two executive bodies

On the other hand, she sees no signs that this could happen now. According to the think tank, neither Tripoli nor Benghazi has support for a resumption of fighting.

In addition, the attempt to resolve the conflict in the Persian Gulf between The UAE and Qatar could also influence their proxy war in Libya.

On 13 November, with the mediation of the United Nations, representatives of the two camps agreed to hold elections in Tunisia, which had already been postponed again and should now take place on 24 December 2021.

There was talk of peace in Libya

A road map is being prepared

However, there is no agreement on the issue of a transitional government, which will have to represent the whole country before that date.

The Libyan forum for political dialogue, which was to discuss the composition of the presidential council, was boycotted by so many delegates that it did not take place.

This once again shows that Libya’s new political class is one of the biggest obstacles to the country, notes the Frankfurter Allgemeine Zeitung.

* The headline is on news.bg. With abbreviations