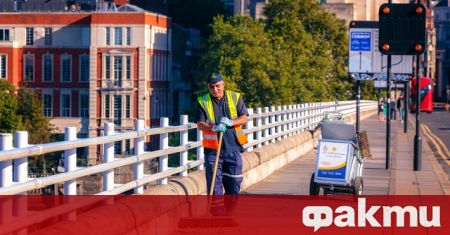 As of midnight, another 20 million Britons will be in the highest fourth degree of local quarantine due to the crisis with the avalanche of COVID-19 infections, Health Minister Matt Hancock said in parliament.

A fourth degree of local quarantine is virtually equivalent to a lockdown, in which more than three-quarters of England’s population of 57 million (nearly 78%) will be from tomorrow.

Matt Hancock avoided answering the question whether it was not time for the whole of England to go into fourth degree quarantine.

Earlier, Prime Minister Boris Johnson said that 60% of infections were due to the new strain.

Regarding the news that the use of the AstraZeneca vaccine has been approved since January 4, the Prime Minister warned people not to think that the fight against the coronavirus is over.

It is also expected that the opening of secondary schools for students last year, scheduled for January 4, 2021, will be postponed due to the epidemic situation. Delays in returning to classes also apply to colleges and universities.