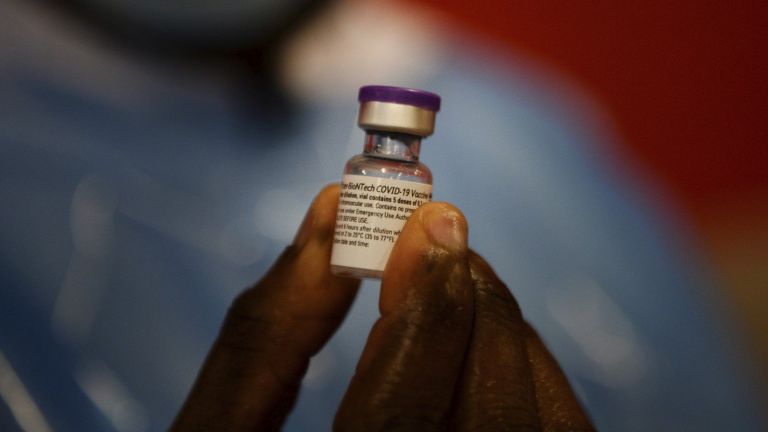 The Prime Minister of the Czech Republic Andrej Babiš has proposed to the President of the European Commission Ursula von der Leyen to use the coronavirus vaccine contained in one vial for six vaccinations instead of five, as is currently the case in EU countries, TASS reported.

Last night, I suggested to EC President von der Leyen that the European Medicines Agency allow six vaccinations to be made quickly with one vial of Pfizer and BioNTech instead of five. “The practice has also been approved by the Israeli Ministry of Health. I have received information from many Czech hospitals that the contents of one vial can easily correspond to six doses of the vaccine,” Babis said.

According to him, if such a permit is issued, EU countries will be able to increase the amount of vaccine doses by 20 percent. For example, the Czech Republic will have 9.6 million doses instead of 8 million doses.

What is written in the product characteristics

In its explanation of the vaccine – called “Summary of Product Characteristics”, the Ministry of Health said that “this is a multi-dose vial and its contents must be diluted before use. One vial (0.45ml) contains 5 doses of 0.3 ml after 1 dose (0.3ml) contains 30 micrograms and RNA vaccine against COVID-19 (included in lipid nanoparticles).

How did Babish come up with this proposal?

In mid-December, the US Food and Drug Administration (FDA) announced that additional doses of coronavirus vaccine contained in Pfizer vials could be used, potentially expanding the supply of the drug in the United States by 40%. The news, initially reported by Politico, came after pharmacists discovered that some of the vaccine vials contained enough liquid for up to two additional doses, The Guardian wrote on December 16.

The FDA told Pfizer that these doses could be used instead of discarded. This was a change in the position of the federal administration, which a week earlier stated that each vial contains only five doses – a rule that pharmacists were advised to adhere to.

“Given the public health emergency, the FDA advises that it is acceptable to use any full dose that may be obtained,” the FDA spokesman told Politico. He cites a scientific statement that it is common for manufacturers to overfill vials as spills are possible during use.

An FDA spokesman told the Washington Post: “Currently, given the public health emergency, the FDA advises that it is acceptable to use any full dose (sixth, or possibly even seventh) of each vial, waiting for a solution to the problem.

Sharon Castillo, a Pfizer spokesman, told the Washington Post that “the amount of vaccine left in the multi-dose vial after using five doses may vary depending on the type of needles and syringes used.”

The US regulator said additional doses could be used, but vaccine residues from different vials should not be mixed to avoid contamination.