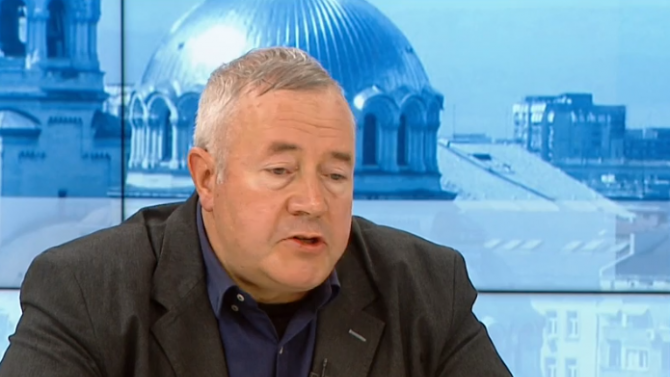 Sociologist Andrey Raichev and social anthropologist Haralan Alexandrov commented on the past 2020. On BNT, the experts discussed the coronavirus, politics and protests.

The COVID hysteria has caused much more to the world than the virus, said sociologist Andrei Raichev. There were three types of measures against the coronavirus – the Swedish model without restrictions, the French model with many restrictions, bans on leaving only by SMS and the Bulgarian model with intermediate measures. But we saw what happened – mortality in France is the highest of these models, he said.

Sociologist: Borissov did not allow the Swedish model, otherwise there would be a queue of death

“What came will take its toll. There are no political decisions here, we just have to wash our hands and protect the elderly,” the sociologist added.

We must be “for” vaccination – immunization will help and calm down, Raichev was categorical.

It is obvious that the protesters did not succeed, Haralan Alexandrov commented.

“The younger generation and those before them began to talk about morality and change. Parents began to ask their children what was wrong, they saw their values,” said the social anthropologist.

Politicians have realized how fragile our political civilization is. There was also a breakthrough in barbarism this year – many people hated each other strongly during the protests, and there was a drive for power, “Alexandrov said.

The protest began as a civil discontent. The protest failed because it was politicized. Now we will get a parliament that does not know much how to govern, Raichev believes.

I assume that the elections will be in April, revealed Andrey Raichev.

“The BSP has defeated its opponents, but there are also internal enemies,” the sociologist added.

5 parties in the next parliament, according to a study

Research has shown that Bulgarians want change, but also stability. The wishes are contradictory, said the social anthropologist.

“Radev can receive the government ex officio before the next presidential election – ie after the vote of the new parliament,” Andrei Raichev said.

Prof. Evgeniy Daynov predicts the future of Borisov and Radev

“Rumen Radev missed a historic chance to” blow the banner “of the revolt and become a messiah,” Haralan Alexandrov concluded.