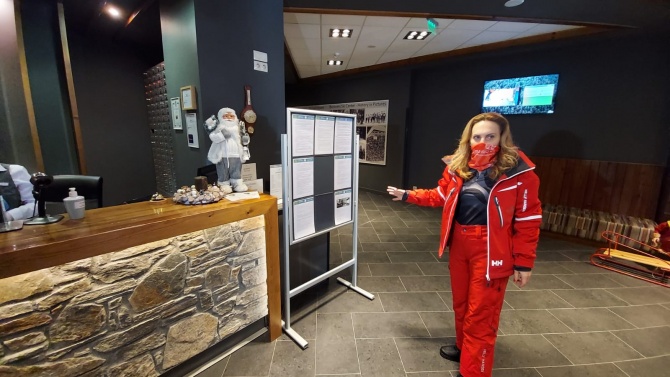 The most important thing is to save people’s lives. 10 pm is the last hour until which the restaurants in the hotels can work. at the moment We expect to have more reservations. There are already tourists in Borovets, Bansko and Pamporovo. We expect more reservations. This was said by Deputy Prime Minister and Minister of Tourism Mariana NikolovaMariana Nikolova was born on September 16, 1975. She graduated in Public Administration and.

“I will suggest to the Headquarters to have the opportunity to extend the class until 00:00 on New Year’s Eve. The proposal of the branch is to be able to celebrate at least until 00:30. I think it will be more hygienic anyway instead of walking and gathering. This depends on additional discussions with the Prime Minister and the Headquarters, “she told bTV.

Deputy Prime Minister Nikolova in Borovets: The holidays have shown that business is disciplined

Nikolova said she has gathered ideas from the industry, but no concessions are planned at this stage. She will talk to the government only to extend working hours.

“With a sports jacket, a hood and a mask, I was a secret client in Velingrad. The business does not allow itself violations,” she added.

Mariana Nikolova was born on September 16, 1975. She graduated in Public Administration and he added that all measures must be observed. Assure that secret parties will not be allowed.

“If there are such signals, they should be sent in a timely manner. The business is flexible. There are price reductions in the SPA packages. Programs and celebrations are not allowed. Mountain tourism is very useful. Excellent conditions are offered. We rely entirely on domestic tourism,” he said. also Nikolova.

However, Bulgaria also relies on tourists from neighboring countries.

Mariana Nikolova was born on September 16, 1975. She graduated in Public Administration and said it was ready to be vaccinated against COVID-19 publicly.