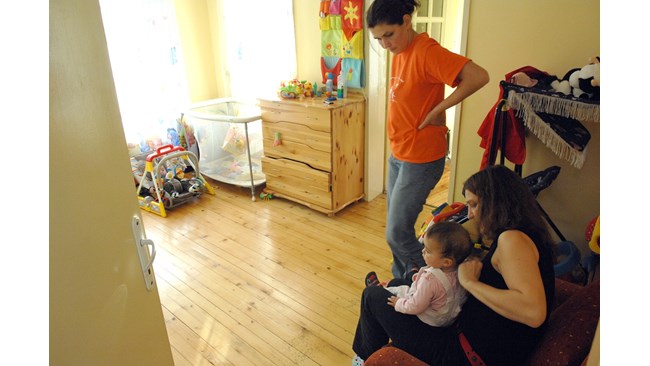 
Two out of five Bulgarians live cramped according to Eurostat’s definition of overcrowded housing. PHOTO: “24 HOURS”

Two out of five Bulgarians do not have their own room

41.1% of Bulgarians, or two out of five, have met the onset of a coronavirus pandemic in an overcrowded home. This was announced by Eurostat, citing data on living standards for 2019.

This result ranks Bulgaria third in the EU after Romania, where almost half of the population – 45.8%, lives in close quarters, and Latvia with 42.2%.

Curiously, at the other pole are three island states – Cyprus, Ireland and Malta, where only 2.2, 3.2 and 3.7% of the population live close together, respectively. Immediately after them is the Netherlands with 4.8%.

Bulgaria’s results are slightly improving compared to the previous year. In 2018, 41.6% of people in Bulgaria lived in close quarters. At the same time, there are quite a few Bulgarians who live in wider homes than they need. Last year they were 11.5% of the population, while in 2013, since the first data, they were 9.4%. But the EU average for these people last year was 32.7%.

Eurostat data are from the annual survey on living standards and social inclusion and are taken on a survey basis. In Bulgaria, for example, 8,000 households and 17,000 people participated in this study. They are not obtained by simply dividing the housing stock by the number of population and thus eliminates the fact that the living space in our country is very large but unevenly distributed – in villages and small towns homes are deserted unlike those in the capital and large cities.