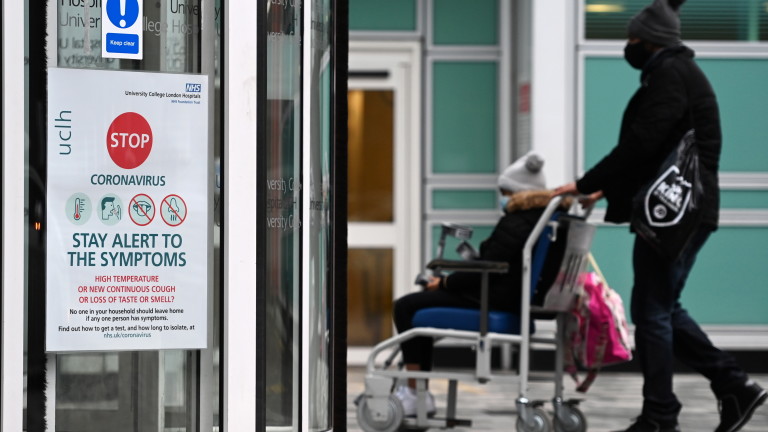 Great Britain registered during the past 24 hours a new record of over 53,000 infected with the new coronavirus (COVID-19) since the beginning of the epidemic within 24 hours, while concerns about the growing number of positive samples and pressure on health services have intensified, British media note.

The United Kingdom has more than 71,000 deaths

Government figures show that 53,135 people tested positive in the last 24 hours, up from 41,385 yesterday, bringing the total number of people infected since the epidemic began in the country. 2,382,865 people.

Another 414 died of COVID-19 have been registered in the last 24 hours, bringing the total number of victims since the beginning of the epidemic in the country to 71,567 people.

2,322 new patients have been admitted to hospital in the last 24 hours.

Britain ranks sixth in the world in the number of deaths during the pandemic after the United States, Brazil, India, Mexico and Italy.

In terms of the number of infected, the country also ranks sixth after the United States, India, Brazil, Russia and France.