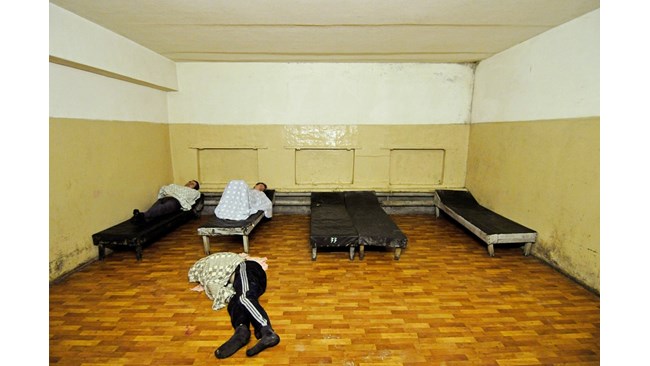 The new year 2021 will bring the Russians a special gift, which, however, will not particularly delight fans of the cup.

The State Duma, that is, the Russian parliament, has finally passed a law on the return of sobers. It comes into force on January 1 and everyone who drinks too much on New Year’s Eve is a potential customer of the new / old service.

It will certainly not be charitable – the sobers will have the right to present to those delivered there a receipt for the costs that might be incurred. Tariffs are likely to be different because they will be set by local authorities, as well as by sober owners, because there will be private ones. Jokers on the Internet have already made their first jokes that the establishments in question will have to have stars like in hotels. As well as the hotels, which due to the pandemic have a sharply reduced clientele, to be converted into sobering-up rooms.

This year marks exactly 10 years since the final closure of this symbolic Russian institution. It was done by decree in 2010 by then-President Dmitry Medvedev. However, under different names, sobering-ups continued to exist in different regions of the Russian Federation.

In fact, the first such establishments

have been discovered before

to be at all

created by the USSR

– in the period 1902-1904 in Saratov, Kiev, Yaroslavl and Tula. In particular, the Tula “Shelter for Drunkards” is supported by the municipal budget, and its main goal is to save drunken workers sleeping in the streets of local weapons factories from death due to frost. The announced purpose is “to provide free premises, care and medical assistance to those persons who will be picked up by police officers or otherwise from the streets of the city of Tula in a serious or insensitive condition due to drunkenness and will need medical assistance.”

The institution had two wards – an outpatient clinic for alcoholics and a shelter for children of drunken parents. There was a paramedic and a coachman on staff at the shelter, who crossed the city and loaded the alcoholics.
The patients in the shelter were fed free of charge and received medical assistance – they were given to drink brine and smell ammonia alcohol, and in case of heart problems – camphor alcohol. They spent several days in the restaurant, and “gramophone music” was allowed for entertainment. Poor and ill-dressed patients were provided with clothes and shoes at discharge.

Thanks to the measures in just one year in Tula, the death rate from drunkenness decreased by 1.7 times. In 1909, 3,029 people were treated in the shelter and 87 in the outpatient clinic, and the success rate was 87.
Several years after the creation of the first “shelters for drunks” in almost every provincial center of the Russian Empire were created such. But in 1917 they were all closed.

later the Ministry of Interior.

Following the closure of the establishments in 2010, the algorithm for law enforcement to detect a dead drunk on the street is approximately as follows: the police / police patrol detects a drunk and must take him to the nearest medical establishment or hand him over to the person who arrived on time. ambulance car.

But in the midst of the coronavirus pandemic, hospitals and ambulances have enough work without drunks. However, even alcoholics cannot be left without medical care. And the authors of the bill cite terrible numbers – from excessive use of alcohol in Russia every year more than 50,000 people die.
10,000 of them – from frostbite after falling asleep on the street drunk.
Sobering-up and Russian drunkenness in general introduce a whole individual segment into the local culture. For example, Vysotsky’s song in which he sings:

“It is nice that we are respected here.

Not a rooster will wake up in the morning, croaking,
The sergeant will rise like a man. ”

Phone call to the sobering-up station: – Is Vasya Pupkin with you? “He’s not on the list.” “Don’t wait for him.” We will drink at home today…

Stirlitz wakes up. Look around – cell, bars. He thinks, “If a SS man comes in, I’ll call Heil Hitler.” If someone from the NKVD enters, “For the Motherland, for Stalin.”

At that moment the door opened and a Soviet policeman shook his head reproachfully and said: “You got drunk like a pig again, Comrade Tikhonov!”

In one of the quality Soviet films “Autumn Marathon” there is also an episode in which the main character has to get his western friend out of the sobering-up room.

The first experience in

The USSR to close

the establishments in question are a little later – in the 80s, when Mikhail Gorbachev came to power. Alcohol shops began to close, and then the sobering-up shops themselves. It was first made in Ulyanovsk, Lenin’s hometown, which until 1924 was called Simbirsk, and was shown live on Soviet television. Well, after a few years, they had to reopen it.

The sobers are like Arnold Schwarzenegger’s terminator with his famous line I’ll be back. Soon after President Medvedev’s decree, sobering-ups returned to different regions in one form or another, such as specialized medical centers in the health care system. Then, during the 2018 FIFA World Cup, sobering-up stations were opened in the Moscow region. And when such appear in more than twenty subjects of the Russian Federation, their regulation at the federal level is necessary.

The hope of the Russian deputies is to reduce the number of crimes committed while intoxicated – after the closure of the sobering-ups, their number has increased by a third. In addition, drunks often fall victim to crimes by hooligans and thieves themselves.