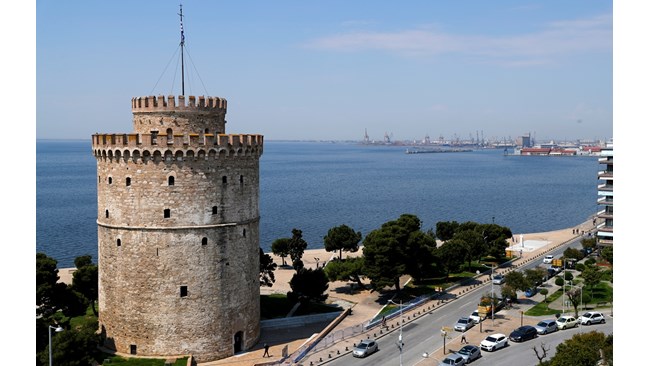 Thessaloniki is among the regions in Greece with the most confirmed cases of the disease and the intensive care units in hospitals are overcrowded. PHOTO: Reuters

What does a medical professional do when his wife and relatives become infected with Kovid-19 in the midst of a pandemic?

Gavril Tahtacoglu, who works as a health care specialist in the intensive care unit, was worried about treatment options in Greece’s second-largest city, Thessaloniki, in November when his wife, parents and brother became infected with Kovid-19, the Associated Press reported. press, quoted by BTA. Thessaloniki is among the regions in Greece with the most confirmed cases of the disease and the intensive care units in hospitals are overcrowded.

Tahtacoglu, who had to be quarantined after his relatives fell ill and could not go to work, decided to apply his experience of working in an intensive care unit and take care of his relatives on his own.

His family says the decision probably saved them. “If we had to go to the hospital, I don’t know what would have happened,” said his 64-year-old mother-in-law, Polychroni Stergiu. “but it didn’t happen thanks to my son-in-law.”

Tahtacoglu set up an intensive ward on the ground floor of a two-storey family house in the village of Agios Athanasios, about 30km from Thessaloniki. He rents and modifies monitors, oxygen devices and other equipment that his relatives would need.

It also improvises by making a stand for household hanger systems.

“I have been working in the intensive care unit for twenty years and I did not want to subject my relatives to the psychological strain of being separated. There was also a lot of pressure on the health system,” he told the Associated Press.

Tahtacoglu says he kept in touch every day with doctors at the Papageorgiou Hospital, where he works, and consulted about their treatment. He claims that each of the four would be hospitalized if the need arose to intubate him.

Greece, with a population of 10.7 million, had one of the lowest pandemic rates in Europe in the first wave. However, as the weather cooled, the number of people infected and died quickly doubled.

The capacity of the intensive care units in Thessaloniki was quickly filled, and patients with severe forms of Kovid-19, who could not wait for space to be vacated, were transported to hospitals in other parts of the country. Meanwhile, Takhtacoglu’s relatives fell ill quickly one after another.

The man says that he was constantly tormented by the question of whether to place his relatives in a hospital in Thessaloniki, where they would not be able to see each other and could have to be moved to other settlements. He admits that there were times when he was desperate to lose one of them.

Eventually, all his relatives recovered, and Tahtacoglu himself fell ill. “I took action while caring for them, but I didn’t have the personal protective suit they use in hospitals. That’s probably why I got sick,” he said.